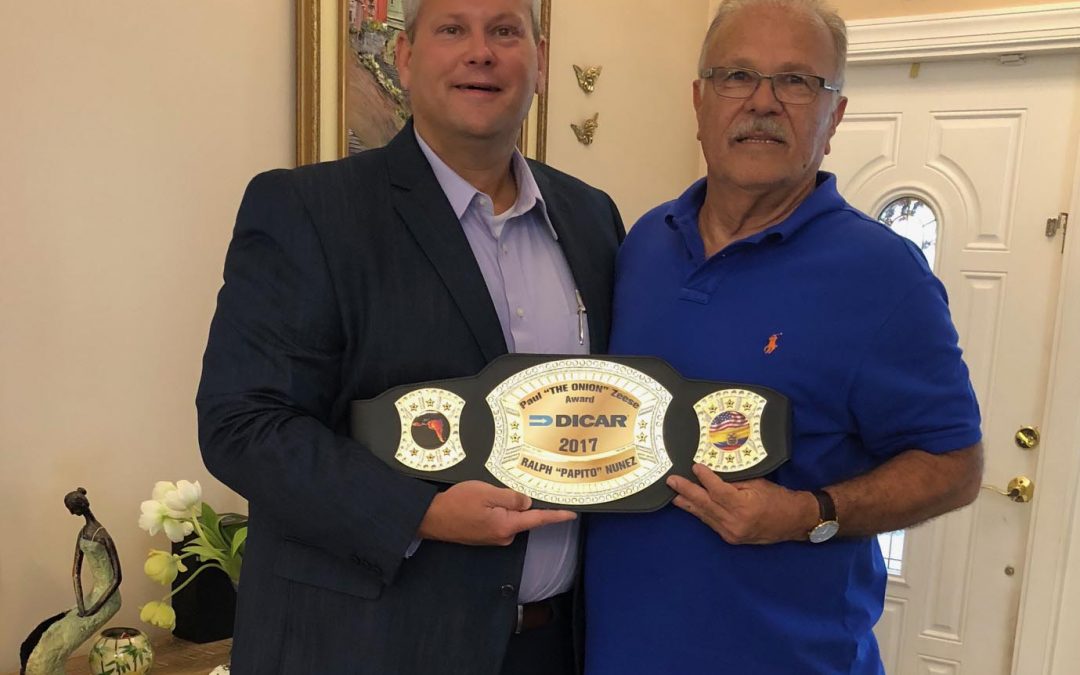 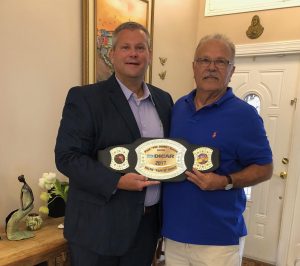 “Ironically, Paul was Ralph’s mentor in the early days of his career in Sales,” says Shawn Spencer, Dicar’s VP of Sales & Marketing. “Continuing Paul’s legacy, Ralph has not only been dedicated to providing outstanding sales and technical support for Dicar customers, but served as a mentor to many of the Dicar sales force, including myself.”

Ralph came to Dicar in 1980 starting in Quality Control and Shipping. In 1989 he joined the Dicar team as Southeast Sales Rep where he worked under the tutelage of Paul Zeese. In 1992 Ralph was promoted to Latin American Sales Manager serving customers in Mexico, Central and South America. “Paul taught me a great deal,” says Ralph. “He taught me that to be successful in sales you have to be persistent, but more importantly he taught me that to be successful you have to be dedicated and honest to your customers. That’s how you earn and keep their respect.”

“I’ve visited many of Ralph’s customers with him and he is always greeted with the highest respect,” says Dicar’s President, Steve Warll. “He works hard and is very dedicated to serving his customers and it shows through their loyalty to him.”

Ralph’s willingness to pass on his years of experience and philosophy to less tenured members of Dicar’s sales force has earned him the nickname “Papito”. And about that philosophy Ralph says, “You must stay in constant communication with your customers. If they have a question, get them the answer. If they need support, provide or arrange it for them. Let them know they are important to you and do your absolute best to meet their demands.”

A proud family man, Ralph’s mother, children, grandchildren and great-grandchildren were on hand as he received the award.